Historic Willemstad on Curaçao has gone a long way to earn the UNESCO hallmark of World Heritage City in December 1997. 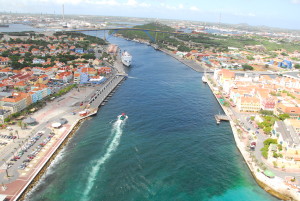 Willemstad’s historic core had suffered from the public revolt of May 1969 in the city which left key historic areas partly destroyed as a result of the city fires ignited by the revolting masses. This was followed by sheer neglect of the city’s historic structures in the next two decades. A Building Ordinance dating from 1935 was the sole instrument to regulate the city’s development.

With the ambition to revitalize the city and to have historic Willemstad inscribed on the World Heritage List of UNESCO the development of a coherent package of legal and financial instruments for the protection of the historic city was started in 1988 by ICAW Interregional Committee Action Willemstad. After ten years of hard work The Historic Area of Willemstad Inner City and Harbour was awarded the World Heritage status in December 1997.

With this, Historic Willemstad has met the test of outstanding universal value and has been acknowledged as part of the cultural heritage of mankind.

Willemstad developed on a strategic location on both sides of Sint Anna Bay on the southern part of the island. Sint Anna Bay is a narrow gateway leading to the sheltered inland bay of Schottegat, both natural deep-water facilities which have triggered the creation and further growth of Willemstad as a thriving trade settlement.

The Historic Area of Willemstad presently is made up of four historic districts, 17th century Punda (9 hectares), 18th century Otrobanda (50 hectares) and 19th century Pietermaai (9 hectares) and Scharloo (25 hectares). These are separated by the waters of Sint Anna Bay and Waaigat which have turned Historic Willemstad into an important and exceptional historic port-town in the Caribbean.

There are two buffer zones, the waters of Waaigat and surroundings in between Pietermaai and Scharloo and the area north of the property stretching to the boundary of the site.

Furthermore specific monuments and groups of monuments with an outstanding cultural and historical value are included. 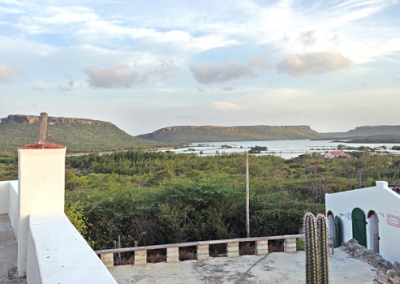